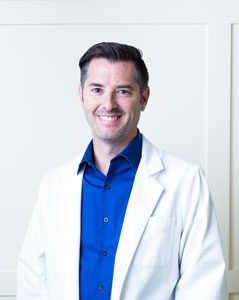 Dr. Gary Tremayne grew up in Orem, Utah and currently resides in Riverton. Gary attended Brigham Young University and graduated in 2001. He then went on to attend Optometry school at the Illinois College of Optometry in Chicago, graduating in 2005. While in Chicago Gary was a member of the Student American Optometric Association and participated in the contact lens and sports vision chapters. As a student Dr. Tremayne received special training in pediatric vision services as well as nearly blind vision care. He also spent several months at the Dishler Laser Institue, a large LASIK clinic in Denver, CO. After graduation Dr. Tremayne continued to work with LASIK patients providing pre- and post-operative care at several locations in the Denver area.

Shortly after relocating to Utah in 2008 Gary began practicing at LensCrafters in Sandy. In 2017 he moved his practice to his new location in Riverton. He enjoys the outdoors, cinema, and is an avid sports fan. He also loves spending time with his wife and four children. Dr. Tremayne is currently a member of the American Optometric Association and Utah Optometric Association. 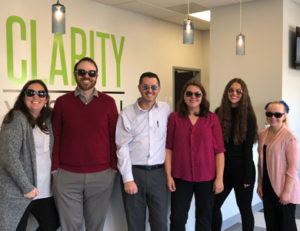 We love what we do and we hope that shows when you walk through the door. Our highly experienced staff is ready and willing to assist you with picking out the highest quality frames and lenses. We are more than happy to go over any insurance questions you may have so that you know you are getting the very most out of your benefits!